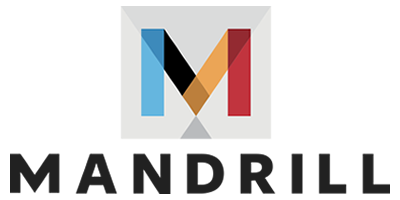 This page provides you with instructions on how to extract data from Mandrill and analyze it in Grafana. (If the mechanics of extracting data from Mandrill seem too complex or difficult to maintain, check out Stitch, which can do all the heavy lifting for you in just a few clicks.)

Mandrill is a transactional email API for MailChimp users. MailChimp, as you may know, is a marketing automation platform that businesses use to send out more than a billion email messages every day. The Mandrill service is a MailChimp add-on that businesses can use to send personalized, one-to-one ecommerce email messages or automated transactional email. The Mandrill API lets developers not only send email programmatically, but also access reporting data.

Grafana is an open source platform for time series analytics. It can run on-premises on all major operating systems or be hosted by Grafana Labs via GrafanaCloud. Grafana allows users to create, explore, and share dashboards to query, visualize, and alert on data.

Getting data out of Mandrill

The Mandrill API has clients or wrappers for Ruby, Python, Node.js, PHP, and JavaScript. Suppose you want to use Python to extract the data from Mandrill and load it into a data warehouse such as Amazon Redshift. Your first step is to use pip to install the Mandrill API client with a command like sudo pip install mandrill.

Once you have a copy of the Mandrill library, you can start coding with it. Import the library module and instantiate the Mandrill class with this code:

You can then begin accessing data with calls like:

The returned data will include a URL you can use to fetch the results, which are returned as a ZIP archive. You must then unzip the results to generate a CSV file. You may have to run multiple export commands to get all the data you want, in multiple files.

Analyzing data in Grafana requires putting it into a format that Grafana can read. Grafana natively supports nine data sources, and offers plugins that provide access to more than 50 more. Generally, it's a good idea to move all your data into a data warehouse for analysis. MySQL, Microsoft SQL Server, and PostgreSQL are among the supported data sources, and because Amazon Redshift is built on PostgreSQL and Panoply is built on Redshift, those popular data warehouses are also supported. However, Snowflake and Google BigQuery are not currently supported.

Grafana provides a getting started guide that walks new users through the process of creating panels and dashboards. Panel data is powered by queries you build in Grafana's Query Editor. You can create graphs with as many metrics and series as you want. You can use variable strings within panel configuration to create template dashboards. Time ranges generally apply to an entire dashboard, but you can override them for individual panels.

Keeping Mandrill data up to date

At this point you've coded up a script or written a program to get the data you want and successfully moved it into your data warehouse. But how will you load new or updated data? It's not a good idea to replicate all of your data each time you have updated records. That process would be painfully slow and resource-intensive.

Instead, identify key fields that your script can use to bookmark its progression through the data and use to pick up where it left off as it looks for updated data. Auto-incrementing fields such as updated_at or created_at work best for this. When you've built in this functionality, you can set up your script as a cron job or continuous loop to get new data as it appears in Mandrill.

And remember, as with any code, once you write it, you have to maintain it. If Mandrill modifies its API, or the API sends a field with a datatype your code doesn't recognize, you may have to modify the script. If your users want slightly different information, you definitely will have to.

From Mandrill to your data warehouse: An easier solution

As mentioned earlier, the best practice for analyzing Mandrill data in Grafana is to store that data inside a data warehousing platform alongside data from your other databases and third-party sources. You can find instructions for doing these extractions for leading warehouses on our sister sites Mandrill to Redshift, Mandrill to BigQuery, Mandrill to Azure SQL Data Warehouse, Mandrill to PostgreSQL, Mandrill to Panoply, and Mandrill to Snowflake.

Easier yet, however, is using a solution that does all that work for you. Products like Stitch were built to move data automatically, making it easy to integrate Mandrill with Grafana. With just a few clicks, Stitch starts extracting your Mandrill data via the API, structuring it in a way that's optimized for analysis, and inserting that data into a data warehouse that can be easily accessed and analyzed by Grafana.

Stitch integrates all of your Mandrill data so you can focus on analysis in Grafana, not data consolidation.